District enrollment was at an all-time high of 4,718 on the third Friday in September, the day the state uses for the official school enrollment count. Since then, the district added another 43 students. Without additional subdivision growth, the district can expect to reach 4,900 students by 2021, but Ruud and Roubik pointed out that the development of residential lots in the community will see significant growth. 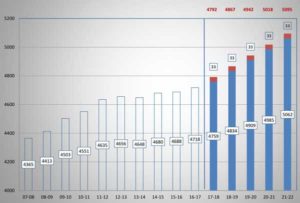 In a chart, they showed projected growth due to the district’s average yearly growth trend (in blue) along with enrollment increases that are expected to come from new residential growth (in red). While the district continued to see slow growth during a stagnant economy of the last 5-10 years, municipalities are seeing an uptick in housing starts that will likely affect school enrollment. In addition to new housing, mature neighborhoods are expected to turn over with younger families moving into homes.

Unlike many other school districts, Hamilton has experienced almost continuous enrollment growth for the past 25 years. Referendums passed for additions and a new school in 1992, 1994, 1997 and 2002. In the last 10 years, the district has seen a 1.2 percent average annual growth, and since 2011, it has used its operational budget to put $13 million of building additions onto Woodside, Marcy and Hamilton High School.

A study of the capacity at each school showed that schools are at or near capacity.

The Community Facilities Advisory Committee will present a final report to the School Board later this spring. Before then, the district will reach out to the community to provide information about district growth projections, facilities needs, potential solutions and the impact on taxpayers and community members.

Willow Springs Learning Center paraprofessionals Michele Luebke, Karen Ludin and Stephanie Christofferson were recognized for their contributions to the school. Principal Erin Steiner highlighted the many varied responsibilities of the paraprofessionals. 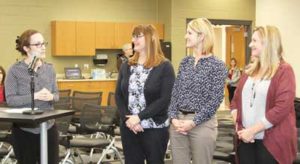 Steiner said the paraprofessionals were the “glue that holds our school together.” She recognized them for their support of the “Book in a Bag” program that sends books home with students twice a week and their involvement in the “Willow Fit Kids Challenge,” an indoor obstacle course for students that has been a major fundraiser for the school.

Student fees to go up

Some student fees will be going up in the 2017-18 school years including: 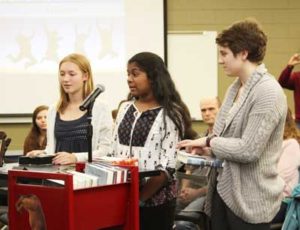 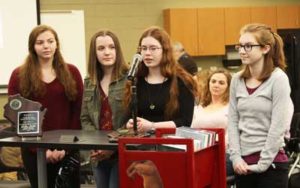