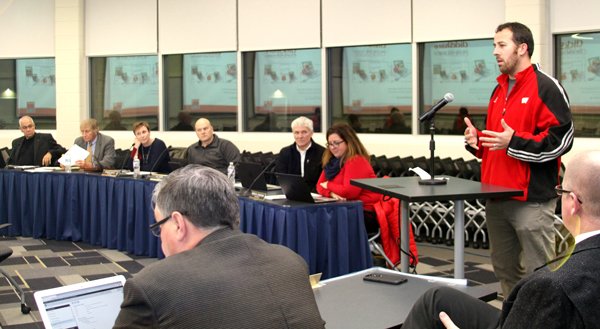 Since then students from throughout Woodside have had opportunities to learn while outdoors on the trail and through a partnership with the Retzer Nature Center.

The Hamilton Education Foundation has supported the outdoor education initiatives. This year Dargatz was encouraged to apply for additional funding through the Waukesha County Community Foundation which provided a grant that will make it possible for students from throughout the district to experience Woodside’s nature trail.

The Timberwolf Trail and outdoor classroom were featured this summer at the World of Wonder, an international nature-based early learning conference held in Chicago. Some 50 educators from throughout the country including 11 states and four countries visited Woodside as part of the conference’s Wisconsin Field Trip option. Former Woodside kindergartners led guests around the trail.

School administrators calculated that the district will not have enough classroom space to take additional Open Enrollment students for the 2019-20 school year due to projected resident enrollment. Open Enrollment is a statewide program that allows students to attend public schools outside of their districts if space is available.

The schedule for the 2019 spring election was released. Terms are up for School Board members Gabe Kolesari, who holds the Sussex seat, Jennifer Waltz, who is in the at-large seat, and Rebecca Zingsheim, who holds the Butler seat.