Hamilton School District students, staff and families will observe Veterans Day with a variety of activities at school. 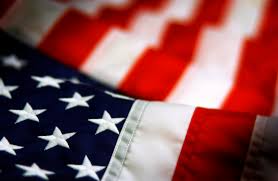 Willow Springs Learning Center, W220 N6660 Town Line Road, Menomonee Falls
Willow Springs 4K students, staff and families will honor veterans Nov. 8 with programs beginning at 10:15 a.m. and 2 p.m. that include a “wall of bricks” highlighting the names of veterans who are part of the Willow Springs family. A program including stories, songs and presentation of flags to veterans by their 4K child will mark the occasion. Students are invited to wear red, white and blue for the program.

Lannon Elementary School, 7145 N. Lannon Road, Lannon
Lannon Elementary School will host a Veterans Day and “To Honor America” performance Nov. 8 at 10 a.m. for students and the community. The event will feature patriotic songs and a parade through school to celebrate veterans and those serving the Armed Forces. Lannon will continue its more than 20-year tradition of creating a thank you banner and writing thank you letters that will be delivered to the Veterans Administration Hospital in Milwaukee. Students will also write letters to future Wisconsin Honor Flight honorees.

Marcy Elementary School, W180 N4851 Marcy Road, Menomonee Falls
Marcy Elementary School will host its annual Veterans Day program Nov. 8 beginning at 9:00 a.m. A slide show with pictures of veterans who are relatives of Marcy students will be shared with students as they enter the gymnasium. Fifth grade Boy Scouts will present the colors. Fifth-graders will explain how respect is shown to veterans. Wally Kangas, who was in the Air Force during the Vietnam War, will be the featured speaker at the assembly. Marcy students will raise money to send veterans on future Honor Flights and make posters that will be given to the Sussex Veterans of Foreign Wars.

Marine Corps Maj. Colin Marty will give the Veterans Address. Marty has been in the Marines for 13 years and will join the Marine Corps Reserves this December. He was commissioned as a second lieutenant in 2006 and winged as a naval aviator in 2009. Marty was deployed overseas twice to Afghanistan in support of Operation Enduring Freedom and to Germany in support of Special Purpose Marine Air Ground Task Force Crisis Response.

Hamilton High School, W220 N6151 Town Line Road, Sussex
“Taps” will be performed by a Hamilton High School trumpet player Nov. 12 before the daily announcements. Athletic-Activities Director Michael Gosz will read a commemorative passage about the historical significance of Veterans Day which will honor the brave service men and women. A moment of silence will be observed. Hamilton High School Choir members will perform at Maple Avenue Elementary School.