The Hamilton School Board gave its approval for the 2016-17 budget that will be presented to voters at the June 20 Annual Meeting.

The budget totals $54.05 million, which is 3.33 percent less than the current budget. The decrease occurred because in 2015-16 the district’s expenses included use of fund balance revenue beyond the operational budget to pay for a 10-classroom addition at the high school.

The budget assumes that student enrollment will drop 25 students and property value will be flat — considered a worst-case scenario. State aid will increase $100 per pupil and debt service expenses will drop as projects constructed in the late 1990s and early 2000s drop from the district’s debt schedule.

The tax rate is projected to be $9.57 per $1,000 of equalized property value – 4 cents less than the current rate. For each $100,000 of property owned, citizens will pay $957 to support local school taxes which is $4 less than this year’s rate. If student enrollment and property value are greater than the conservative assumptions made in the budget, the tax rate will be lower.

The 2015-16 retirements of 12 district employees were commemorated at the Hamilton School Board meeting. Combined, the employees provided 250 years of service to the district. School Board members read and approved commendations for each employee that reflected comments from supervisors and colleagues, and each retiree was given a retirement gift. 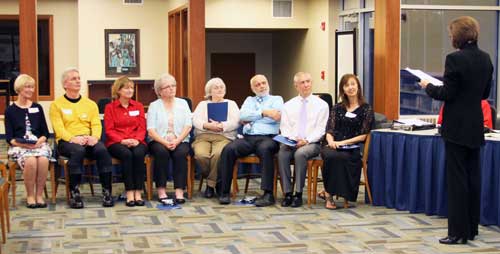 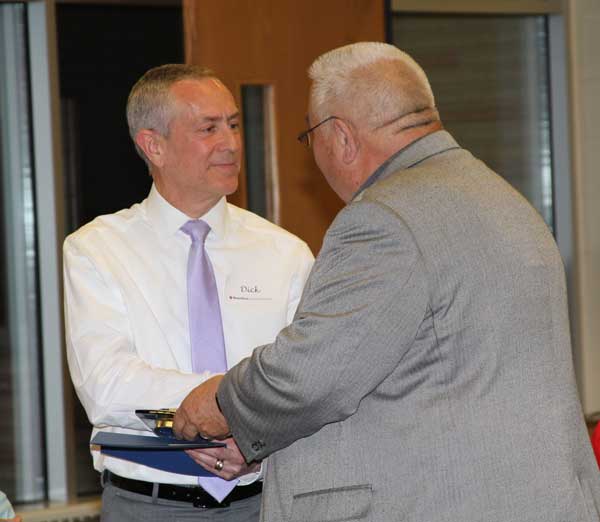 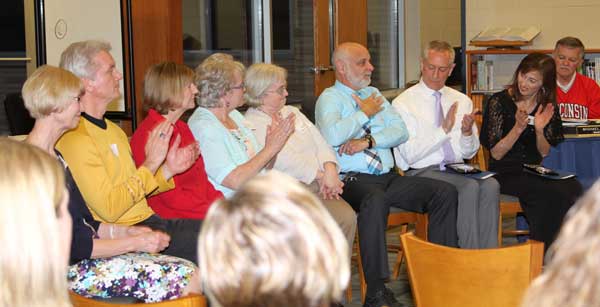 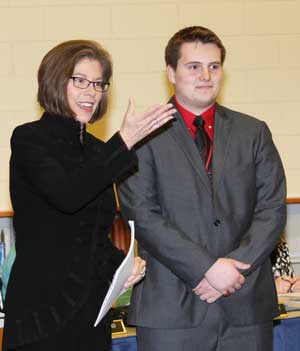 Hamilton junior Jack Larsen was recognized for his service to the School Board as the student representative during the 2015-16 school year.

The district will have the full-time equivalency (FTE) of 6.33 more certified staff members next year. Special services enrollment shifts will cost the middle school 1.0 FTE, but increase .5 FTE at the elementary level and 1.0 FTE at the high school. High school enrollment shifts of increases in family & consumer education and social studies, and decreases in communication arts and world languages will cause a net .83 FTE increase. The addition of a district instructional coach will amount to 1.0 FTE and district literacy interventionists will add 4.0 FTEs. In total, FTEs will increase from this year’s 300.95 to 307.28 in 2016-17.

Public Information and Volunteer Program Coordinator Denise Dorn Lindberg and Becky Hubred updated the School Board on the Seniors & Students Program. Approximately 250 senior volunteers serve throughout the district. More than 97,000 volunteer hours have been logged since the program began in 1998. Hubred highlighted changes in the program this year that included alignment of the Pen Pal Program at Maple Avenue and Woodside elementary schools with writing curriculum requirements and expansion of Readers’ Cafe to Lannon Elementary School.

The district received 151 applications from nonresident students to attend Hamilton schools under Open Enrollment. No spaces are available in the district, so applicants will be placed on a waiting list for the 2016-17 school year. The district will monitor expected enrollment throughout the summer to determine if students will be recommended for placement at schools based on space availability.