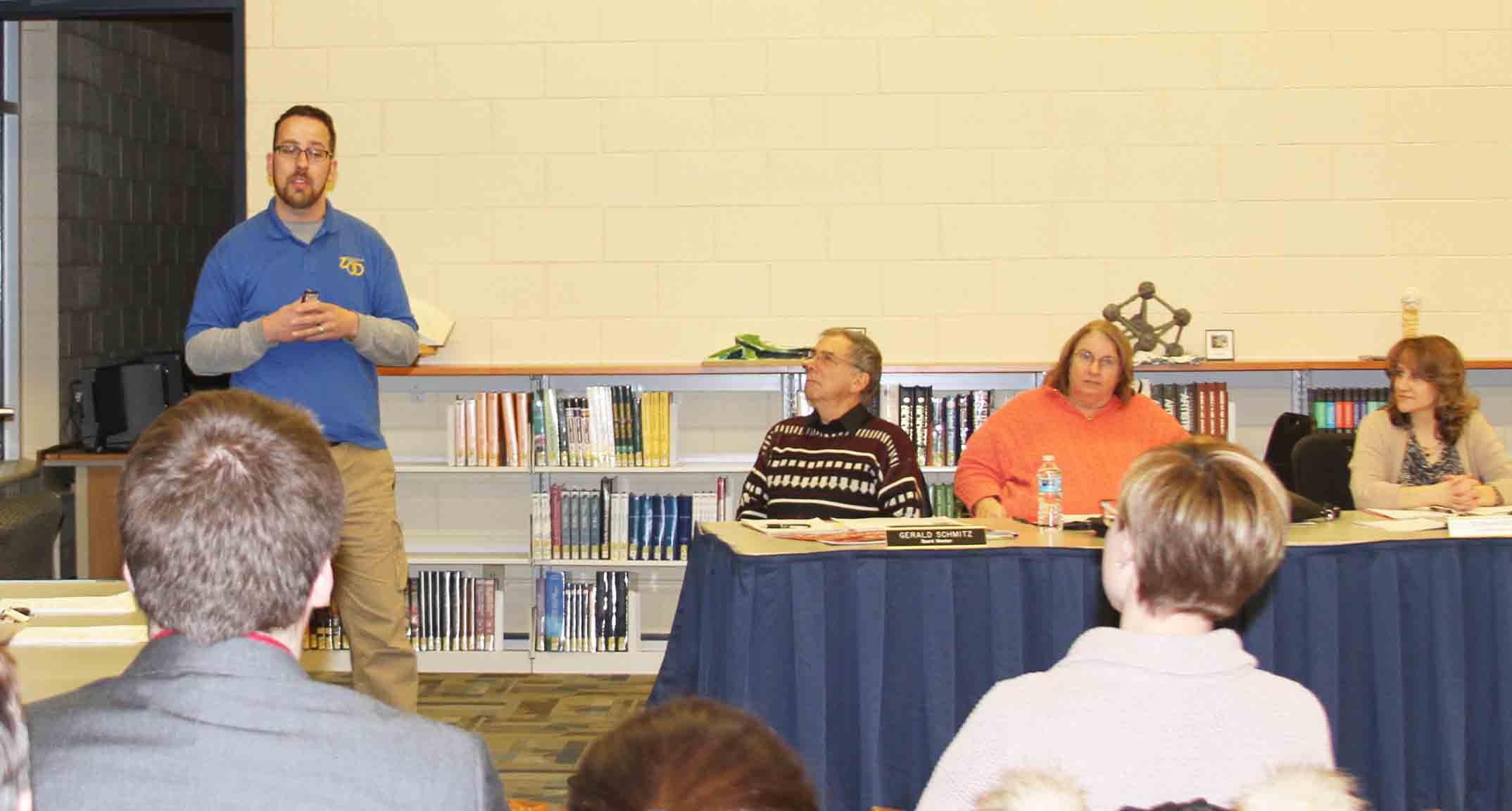 Forest Kindergarten takes off at Woodside

Woodside kindergarten teacher Peter Dargatz described the inaugural year of Forest Kindergarten. Dargatz takes his class of 22 5-year-olds outside each week, using nature as a guide for learning. The curriculum for his class is not different from regular kindergarten classes, he said, but instead of being inside a classroom, students learn concepts through their outdoor experiences.

Dargatz and parents of his students say that Forest Kindergarten is having a positive impact on students. The fresh air, tangible problem-solving opportunities and being more active have academic, physical and emotional benefits for students in the class, according to a parent volunteer. More time is spent outside when the weather is warmer, but even in winter, students strap on snow shoes and go to land behind the school. The area is tree-lined, a remnant of an oak savannah that has tree diversity, prairie flowers and a trail. Like other kindergartners, Dargatz’s students sing songs, create artwork, write in journals, seek answers to questions — but they do it outside instead of in the classroom.

School Board Member Deborah Briggs thanked Dargatz for making the opportunity for students.

“I am blown away,” Briggs said. “How fortunate these kids are to have you as their teacher.”

Hamilton is one of 19 Wisconsin school districts testing out the Department of Public Instruction’s new special education forms. Special Services Supervisor John Peterson reported on the district’s involvement with the Results Driven Accountability (RDA), a federal initiative designed to help districts identify how they will close the achievement gap for students with disabilities. The district is participating in the RDA Procedural Compliance Self-Assessment (PCSA) pilot, designed to gather feedback on the revised Individualized Education Program forms.

In other special education business, the School Board authorized district staff to once again contract with the Elmbrook School District special education services in the 2016-17 school year. The contract will provide low-incidence disabilities services for students who have autism, intellectual, hearing and vision disabilities and for the placement of three students at Fairview South, a school that serves students with cognitive disabilities. Hamilton is one of 26 school districts that contracts with Elmbrook for services. Districts reimburse Elmbrook based on usage of services.

Enrollment up 18 students since start of school

Student enrollment since the beginning of the school year has increased by 18 students districtwide, according to a report from Human Resources and Organizational Development Director John Roubik. The report was generated with data provided by Kristi Feucht, who replaced Cindy Robb as executive assistant for information technology and data management.