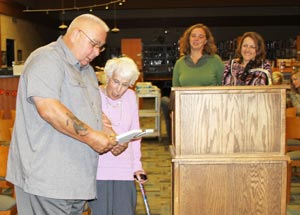 The team chose to maintain the same tactics for the new year that indicates staff will:

Principal Candis Mongan updated the School Board on Hamilton’s site plan which identifies that “students will increase engagement across the disciplines to reach higher levels of achievement, develop readiness to compete in a global society and be prepared for college and career.”

The two tactics that serve as measurement tools for its stated goal indicate that students will strengthen their:

Mongan reported on accomplishments of the school which include:

Human Resources Director John Roubik presented parameters that will be used for the development of a 2016-17 draft school calendar. They include:

In his report, Roubik noted that many area school districts are implementing dramatic changes because the state no longer requires 180 days of student contact, although it requires the same number of minutes expected in the past. The district will explore practices in other districts. In the area of professional development, the district will explore how to best use days throughout the year and minimize instructional disruptions by providing staff time to facilitate assessments before the start of school.

Input from parent officers and district instructional leaders will be sought with a recommendation to be presented to the School Board in December.

School Board members recognized volunteer Betty Randar for her service to the Seniors and Students Program as a pen pal, recruiter of other volunteers and middle school student interview participant. She is retiring as a volunteer after being part of the program for the past 15 years. 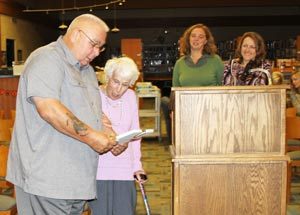