The Hamilton School Board approved the hiring of Mark Peperkorn as the principal of Silver Spring Intermediate School at its Feb. 5 meeting. He will begin his new position July 1. 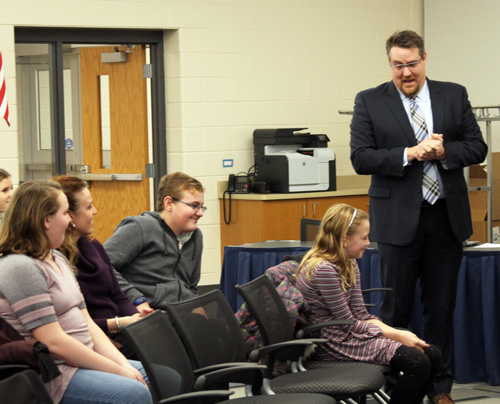 Peperkorn has been principal at Pilgrim Park Middle School in the Elmbrook School District since 2015. He was the Pilgrim Park associate principal before then. He started his career in education in 1997 as a social studies teacher at Waterford Union High School. He earned his master’s degree in educational leadership from Marian University in 2009 and his bachelor’s degree in social studies from the University of Wisconsin – Eau Claire in 1995.

“We are fortunate to hire Mr. Peperkorn who has significant experience as a successful administrator and educator,” said Hamilton Superintendent Paul Mielke, Ph.D. “He is known as a highly visible, engaged leader who has the ability to build a collaborative learning environment by listening to and understanding the needs of students, families and staff.”

“His strong knowledge of instructional practice, desire to support the best interests of students and ability to forge positive partnerships with families and the community will serve Silver Spring Intermediate School well,” Mielke said. Hamilton School Board members approved the appointment of five employees including the new Silver Spring Intermediate School principal.

Marcy Elementary School second grade teacher Whitney Roth, along with four of her students, described their involvement with the Jane Addams Children’s Book Award Program, named in honor of the first American woman who received the Nobel Peace Prize in 1931. 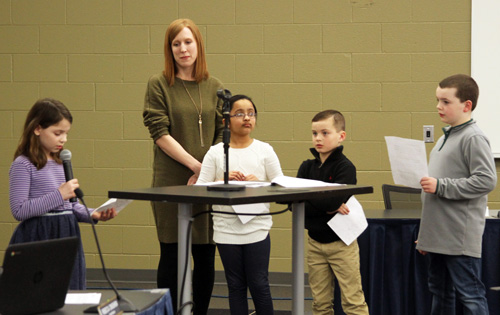 The award is given to children’s books that advance the causes of peace and social equality. The Marcy students explained the criteria used for the award.

Roth first participated in the program while an education student at the University of Wisconsin – Madison. After becoming a teacher at Marcy, she had students read and discuss nominated books and provide their insights about the books based on criteria of the program. Her reviews of the nominated books now include perspectives of her students.

In other personnel business, the School Board:

Board members report on state convention

School Board members Jay Jones and Mike Hyland as well as board president Gabe Kolesari reported on the sessions they attended at the 2019 State School Boards Association Convention.

In a report, Hamilton High School Principal Candis Mongan presented the applications of juniors – Kayla Kidman, Vincent Polidori, Zoe Schultz and Payton Wunschel – who requested to graduate early. The students met School Board policy requirements and will be eligible to graduate in January 2020.