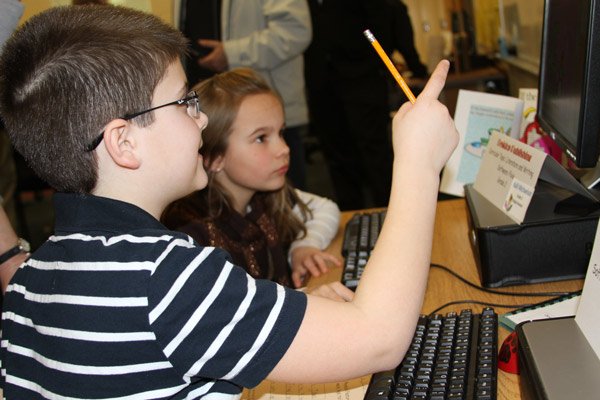 It was an evening to showcase technology in the schools. First, elementary students demonstrated how information technology is integrated into curricular initiatives. Writing-technology teachers and students from each elementary school showed School Board members projects they completed using technology. 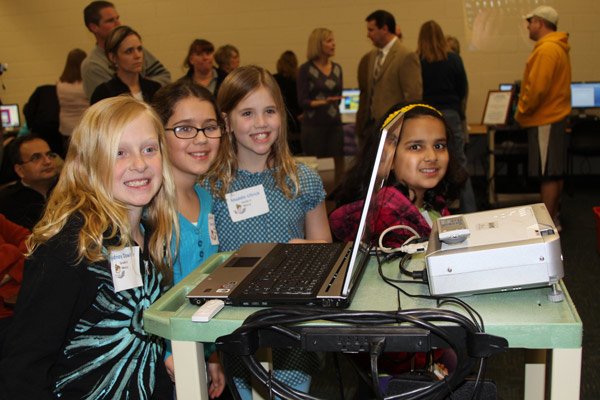 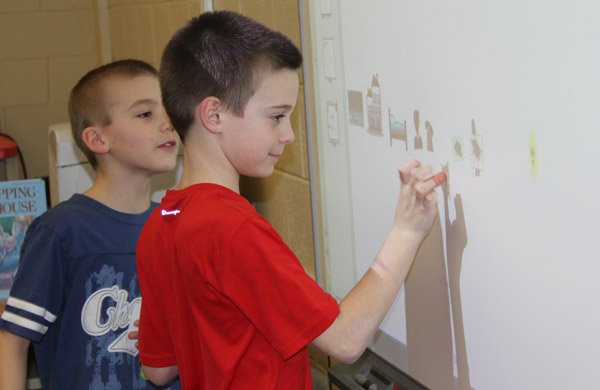 The district Information Technology Department was honored for providing exceptional service to the district. Members of the IT team who were recognized were Ryan McMillan, Scott Singer, Cindy Robb, Ben Hawley and Kristin Feucht. 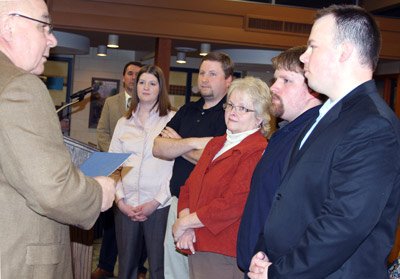 A list of projects totaling $465,200 was approved that will be completed at the end of the school year. While each school has projects on the list, significant items include high school heating, ventilation and air conditioning controls, asphalt projects and a storage garage at Woodside. The amount of money being spent on the capital projects is much less than in past years because the district plans to construct additions at Woodside and Marcy elementary schools in the next two years using the maintenance year-end capital improvement fund and the district’s fund balance.

The cost to participate in Bulldog Football will go from $225 to $275. School Board members approved the $50 fee increase to cover additional costs of replacing uniforms and helmets over the next four years.

Bulldogs Football equipment was purchased six years ago when the program was started. Of particular concern is helmet replacement because vendors have changed warranties, not recertifying helmets past 10 years. Replacement of 140 helmets over the next four years is expected to cost $12,320. The fee increase will allow for helmet replacement and shoring up a fund balance to allow for future replacement of other uniform components and equipment.

The fee is competitive with other community football program fees. The $275 fee matches the early enrollment rate of the Jayhawks program and is less than its late enrollment fee. The board kept in place an incentive that allows parents who work events to receive a $25 reimbursement at the end of the season.

Business Services Assistant Superintendent Bryan Ruud wrote in a memo to the board that Dairyland’s costs have remained in line and service has been excellent. In a letter to the district, Daryland-Hamilton President Michael Pjevach said a long-term contract benefits the district and the bus company because it allows for good management of a capital-intensive business on a long-term basis resulting in high level of service at the lowest possible cost.

Dairyland-Hamilton, which operates from a bus garage in Lannon, was sold about six months ago to Student Transportation of America. School Board member Gerald Schmitz said the board waited to extend the contract to ensure that the Lannon facilities and personnel remained intact.

School Board members approved the 2012-13 school calendar. The first day of school for students will be Sept. 4 and the last day is June 11. The calendar is similar to previous calendars with180 student contact days, 192 teacher contract days, traditional break periods, early release days for professional development, days for teachers to prepare and close out their classrooms and parent-teacher conferences. Winter break will be Dec. 24-Jan. 1, and spring break is March 29-April 5.

In the past, calendars were negotiated between the School Board and teachers’ association. With implementation of Wisconsin Act 10 last year, establishing the calendar can no longer be negotiated. Instead, using parameters established by the board at a previous meeting, administrators developed a draft calendar and gathered input from parent groups and instructional leaders.