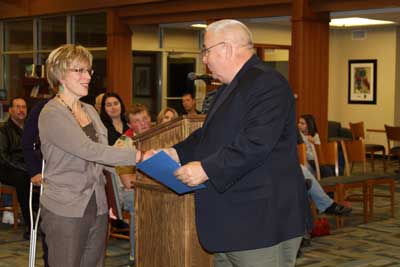 A number of successes have been realized as a result of Templeton Middle School’s site plan, but school staff recommended continuing with the same three tactics because they remain relevant to student growth and achievement. In its fourth year, Templeton’s site plan tactics spell out that students will:

Principal Patricia Polczynski went through demographic, student achievement and student survey data that gave School Board members a detailed look at the school’s progress. In recommending next steps for the school, Polczynski noted consistent progress toward accomplishing each tactics, but said the school still had work to do in each area.

School Board member Gerry Schmitz said he was impressed with the work of the staff. In reviewing the written report provided to the board, he noted consistent progress in the past five years.

Hamilton Athletic and Activities Director Michael Gosz presented a written report about co-curricular activities with information about sports and other activities at Hamilton High School. During the 2010-11 school year, the high school sponsored 11 male and 12 female interscholastic sports, 52 teams and 40 student activities. Total cost for all sports and activities was $400,775 with 2,869 student participants, which represents an increase in participation and decrease in cost.

Gosz said that the district’s ability to hire teachers who supervise or coach has been an asset for the high school. When School Board member Lynn Kristensen noted that student participation in sports and activities had increased 28 percent in the last six years, Gosz said it was a direct correlation to having teachers who serve as coaches and advisors.

The School Board recognized a number of staff members and students.

Willow Springs Learning Center speech pathologist Barb Michalak was recognized for being named the Wisconsin Early Childhood Special Education Teacher of the Year by the Wisconsin Division for Early Childhood. Michalak was nominated by Hamilton Special Services Supervisor Mardi Freeman for the award that honors an educator who goes beyond teaching to empower families in providing the best for their children.

Student Council advisor Patty Sankey said students initially planned a four-day campaign with the goal of raising $500 to send a veteran on an Honor Flight to visit the World War II memorial. They had planned to announce their results at the school’s annual Veterans Day program. The campaign started off with a $500 donation from an anonymous staff member who challenged students to match the donation. Students then raised another $1,104.20. At Templeton’s Veterans Day program, students learned that AFSCME Local 3086 contributed an additional $395.80, bringing the total of the campaign to $2,500.

School Board member Deborah Briggs, whose 85-year-old father experienced an Honor Flight in November, offered heartfelt appreciation to the students and staff. She said the flight was an extremely moving experience for her father. 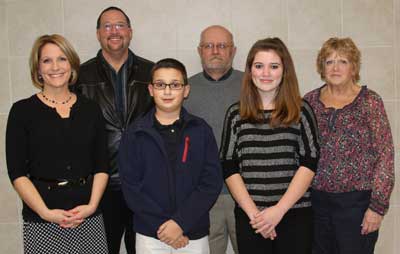