For the sixth consecutive year, Hamilton High School was named to U.S. News & World Report “America’s Best High Schools” list The ranking highlights the best public high schools in the nation after reviewing data from more than 18,000 high schools to identify how well public schools serve all of their students in preparing them in basic skills and readiness for college-level work. 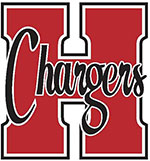 Hamilton Principal Becky Newcomer said Hamilton’s consistent improved ranking on the prestigious list is not only an achievement of high school students and educators, but of the entire district and community.

“We are fortunate to educate children in a community that has supportive families and a tradition of excellence from 4K through 12th grade,” Newcomer said. “All of those parents and educators have contributed to the accolades the high school receives.“

“We have students who are driven and motivated by achieving academic success, so this recognition shines a spotlight not only on the educators, but on many years of our students’ hard work,” Newcomer said.