Templeton Middle School will recognize the contributions of American veterans Nov. 7 beginning at 8:30 a.m. at its 19th Annual Veterans Day Program. Visitors are asked to arrive between 8 a.m.– 8:20 a.m. 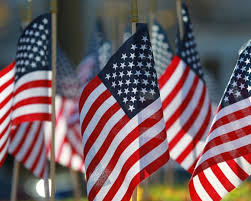 Army Staff Sergeant Cory Geisler will give the Veterans Address. Geisler was in the Army from 2005 to 2012 serving in military police units. He served in Korea, Fort Bragg, North Carolina and Iraq. He left active duty in 2008 and was assigned to the U.S. Army Reserves in Sheboygan where, as a platoon sergeant, he trained and mentored soldier on peacekeeping and wartime operations.

A video featuring photos of military personnel and veterans related to Templeton students and staff will be shown at the ceremony and will be played continuously in the Templeton lobby.

Following the program, honored veterans will be invited to participate in a small reception in the Large Group Area. All veterans and public officials are invited to attend. Please call the school at (262) 246-6477 x4145 or x4147 by Nov. 1 to RSVP.