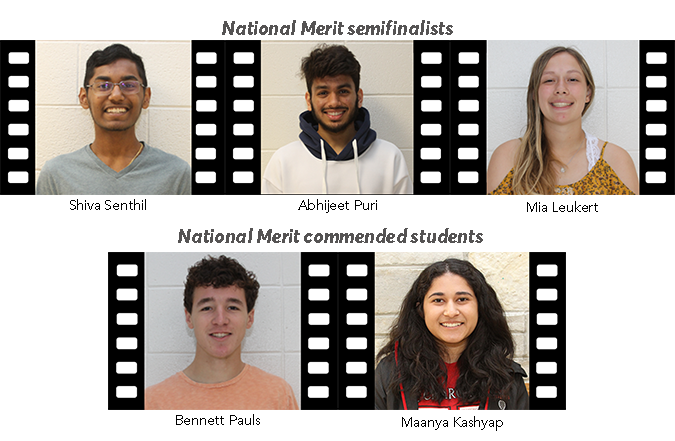 Shiva Senthil, Abhijeet Puri and Mia Leukert were named semifinalists. They are among approximately 16,000 semifinalists nationwide and will continue in the competition for Merit Scholarship awards. The nationwide pool of semifinalists, which represents less than one percent of U.S. high school seniors, includes the highest-scoring entrants in each state. To become a finalist, a semifinalist must have an outstanding academic record throughout high school, be endorsed and recommended by the school principal and earn SAT scores that confirm the students’ earlier test performance.

Bennett Pauls and Maanya Kashyap were named commended students and are among 34,000 students recognized for exceptional academic promise. Although Kashyap and Pauls will not continue in the competition, they were recognized on the basis of a national selection index score.