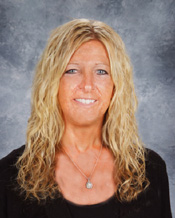 “The district has been truly fortunate to have the strong leadership of Ms. Mongan who has helped Hamilton High School reach high levels of achievement and success,” Superintendent Paul Mielke, Ph.D., said. “She has been a collaborative leader who set high goals for students and staff alike. Under her leadership, Hamilton High School has been recognized for its high level of academic rigor, strong ACT scores and increasing Advanced Placement pass rates, participation and Challenge Index score. We will miss her greatly.”

Mongan was hired in the district in 2001 as a transitions counselor for the high school and Templeton Middle School. She became Hamilton’s associate principal in 2004, and in 2006 she was hired as principal. Before joining the district, Mongan was a school counselor and middle school teacher in Wauwatosa. She began her career as a sixth grade teacher at a private school. She earned her bachelor’s degree in elementary and middle education, master’s degree in counseling and administrative license – all from Concordia University in Mequon.

The search for Hamilton High School’s next principal will begin immediately. Staff and parents will have an opportunity for input during the hiring process.