Wisconsin School Report Card data were released today, and the Hamilton School District’s performance once again was among the highest in the state. Hamilton was the highest rated school district in Waukesha County and third highest among Wisconsin’s 367 K-12 school districts. 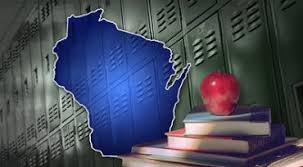 School Report Cards are based on four priority areas: student achievement in English language arts and mathematics; student growth; closing gaps between student populations; and measures of readiness for graduation and postsecondary success. In addition, they measure chronic absenteeism and dropout rates. Using all these measures, Hamilton ranked third among 367 Wisconsin school districts and was one of only 29 districts to earn the top designation of “significantly exceeds” expectations for performance.

“Once again, the Hamilton School District performed quite well on the State Report Card,” said Hamilton Superintendent Paul Mielke, Ph.D. “This is one measure to assess the district’s performance, but it is an important one that illuminates the successes to build upon and areas to pinpoint for future focus.”

“This high level of performance is the result of the hard work of students and staff who put a priority on learning, as well as the support and high expectations of our parents and community,” Mielke said.

“These results along with the School Board’s recent tax rate approval show that Hamilton truly is a high-achieving, low-spending school district,” he said. “This does not happen by accident. It comes from the diligent efforts and proactive planning of many in the district.”

In October, the Hamilton School Board approved a $57.4 million budget that includes a mil rate of $8.92 – instead of $9.55 that was predicted at the July Annual Meeting. The latest school district mill rate comparisons show Hamilton has the third lowest tax rate in Waukesha County.

Wisconsin implemented a new educational accountability system six years ago with more rigorous benchmarks and a new way to report school progress. Each public school now has a School Report Card that lets people know how well it is preparing students for their futures. Because of strategic planning efforts and a track record of focusing on student achievement, schools in the Hamilton School District earned positive ratings under the new system.The overall accountability score rates schools on a scale of 0 to 100 and places them in one of five categories: significantly exceeds expectations (83-100), exceeds expectations (73-82.9), meets expectations (63-72.9), meets few expectations (53-62.9) and fails to meet expectations (52.9 and below).