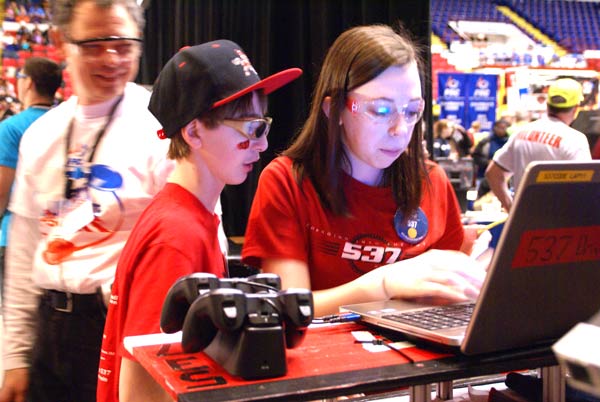 Charger Robotics Team 537 returned from international competition in St. Louis April 28 where it wrapped up a successful season marked with accolades and awards. The team represents Hamilton High School in Sussex in the FIRST (For Inspiration and Recognition of Science and Technology) international high school robotics competition.

Its most significant accomplishment of the season came in March at the Lake Superior Regional in Duluth, Minn., where the team earned the regional Chairman’s Award for the third time in four years. The Chairman’s Award is FIRST’s most prestigious team award and supersedes winning the competition itself. As regional Chairman’s Award recipient, Charger Robotics had a reserved spot at the St. Louis championship event, giving it the chance to compete for the national Chairman’s Award. The award was created to recognize teams that demonstrate the greatest commitment to spreading passion about science and technology in their communities and schools. Team members submitted an essay, a three-minute video and gave a presentation in front of a panel of judges.

The team placed in the top 25 percent among competitors March 21-23 at the Wisconsin Regional Competition at the U.S. Cellular Arena in Milwaukee. The team was honored with the Gracious Professionalism Award which recognizes the ethos of FIRST — encouraging high-quality work, emphasizing the value of others and respecting individuals and the community. The team earned the award for helping with event set-up and take-down, and its commitment to assisting all teams.

A total of 70 students are involved in Charger Robotics, which is supported by QuadTech, Rockwell Automation, GE Healthcare and Centare through financial donations and employee mentors. The team is advised by teacher Lori Hinytz and co-advised by Kari Woods. To learn more about the Charger Robotics team, visit http://team537.org/. 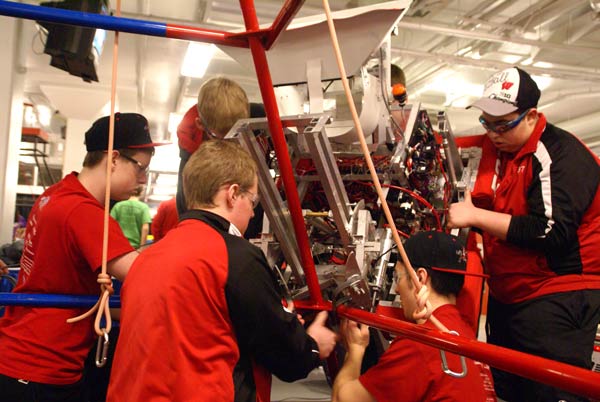 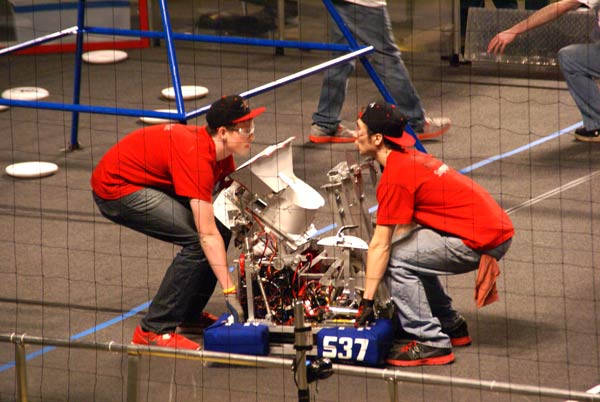 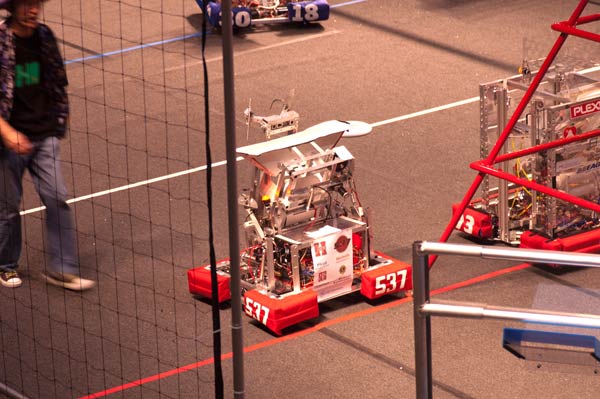 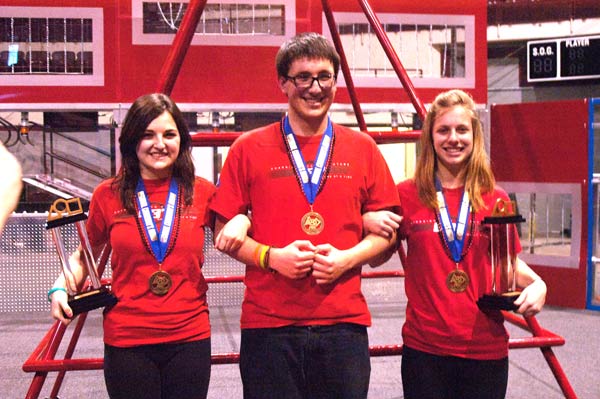