Members of the Hamilton High School Synergy Show and Hamiltones A Cappella Choirs invite the public to their sixth annual Pop Show at 7 p.m. on March 21 in the Hamilton Fine Arts Center (HFAC). The theme of this year’s show is “Don’t Stop Me Now.” 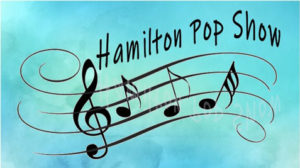 “This has been our most successful show choir season yet – with the team earning several accolades,” Choir Director Marilyn Mascitti said.

“This is truly a show not to miss!” Mascitti said.

Along with the choirs, five small acts will perform in the HFAC lobby starting at 6:30 p.m. and 13 other small acts will take the mainstage during the show to showcase student talent. The show features rock, rhythm and blues, Broadway and other popular music.

Seating is by general admission and tickets, if still available, are $7 at the door. Advance tickets are $5 and are available from choir members and online at https://www.brownpapertickets.com/event/4100337.