Templeton Middle School had its best year ever in FIRST LEGO League (FLL) competition, with two of its teams qualifying for state competition – one of them earning a state award. 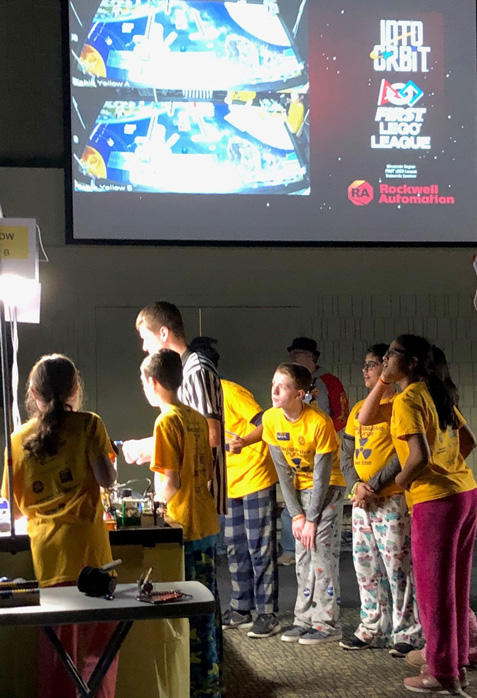 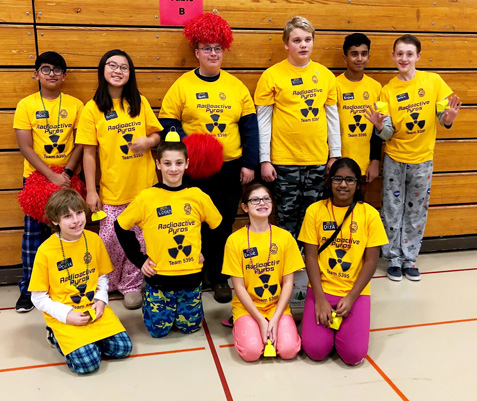 FLL challenges kids to think like scientists and engineers. This year, teams chose and solved problems related to long duration space explorations. Templebotz chose to solve back muscle deterioration in microgravity. Bullistic Bulldogs wanted to overcome the problem of humans generating enough oxygen to survive in space. Radioactive Pyros attempted to solve the problem of astronauts not getting quality sleep due to noise and an unbalanced biological clock.

In addition to the problems, the teams also built, tested and programmed an autonomous robot to solve a set of missions in the Robot Game. Throughout their experience, teams are encouraged to operate under the FIRST core values that include celebrating discovery, teamwork and gracious professionalism.