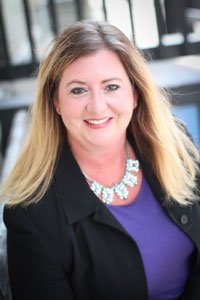 Zingsheim has been a resident of Butler since 2005 and has two children attending Hamilton High School. She earned her bachelor’s degree in education from Cardinal Stritch University and her master’s degree in literacy from Concordia University. She has been an elementary special education teacher for the last eight years, currently teaching in the Mequon-Thiensville School District.

“I am passionate about education and believe in giving back to my community,” Zingsheim said. “Being a member of the Hamilton School Board will allow me to bring my passion and knowledge of education, along with a teacher’s perspective, to the School Board.”

Deborah Briggs, who served as the Butler representative to the School Board for 24 years, chose not to seek re-election this spring and no Butler resident filed to run for the seat. When a vacancy on the School Board occurs, the remaining members are responsible to appoint a qualified citizen to fill the position. Zingsheim will serve until spring of 2019 when she can run to fill out the remainder of the three-year term which ends in April, 2021.

The Hamilton School Board has seven seats representing five municipalities and two at-large posts. While district voters cast ballots for all the positions, candidates must live in the communities they represent. Candidates can live anywhere in the district to qualify for the at-large positions.