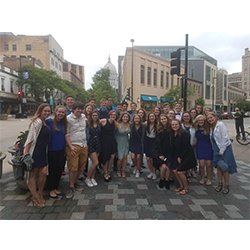 Jerry Awards are the high school equivalent of Broadway’s Tony Awards. This is the first year Hamilton has been involved in the program which encourages, recognizes and honors excellence in high school musical theater.