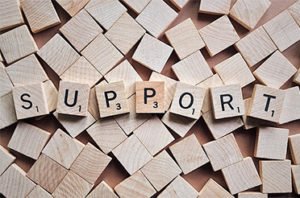 Student representatives from Yearbook, Synergy Show Choir and Charger TV are working with Hamilton administrators on a special event in which the high school will be dismissed 10 minutes early, allowing students to participate in an event where the Hamilton choirs will perform. A silent vigil to commemorate the victims will follow. Students who do not want to participate will be able to go directly to their buses or afterschool activities.

Following the choir performance and silent vigil, students will then be released at 2:25 p.m., with the option to stay after school to discuss the tragedy in Parkland, Fla., and other recent events that have occurred across the country.

“Hamilton’s goal is to reach those impacted in Parkland by stating that we not only hear them, but stand strong with them during this time of sorrow and remembrance,” said Hayley Jasinski, one of the student planners.

“By holding this event, Hamilton students hope to demonstrate not only to this community, but to the world, that these are our friends, families and schools being affected,” Jasinksi said.

“Our ambition is to mark the beginning of a new era filled with kindness, love and unity,” Jasinski added. “We hope to be the start of a better world.”