Voters in the Hamilton School District approved two referendum questions Feb. 20 that will allow for $57.4 million of construction projects, including a new intermediate school, and $1.5 million of operational costs. 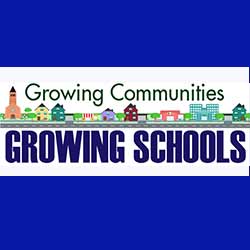 Two questions were put to voters seeking approval for:

The unofficial results by municipality are (actual numbers in parenthesis):

Supt. Paul Mielke, Ph.D., said he was grateful to the community for its support for the facilities which are needed due to increased growth.

“I want to thank our community for the support for school facilities and operational costs,” Mielke said. “The positive vote is testament to the commitment of our School Board and community members who have studied the long-term needs of the district and thoughtfully recommended this plan.”

“This vote allows the district to accommodate enrollment growth that comes from being an outstanding school district in a great community,” he said.

School Board President Gabe Kolesari said he was happy that the community chose to support the facilities projects and operational costs and commended the citizens’ group that provided leadership on the referendum.

“I am especially grateful for the support of the CLASS Committee – community members, parents and staff who invested many hours and significant energy to inform voters about the need for this referendum,” Kolesari said. “We were fortunate to have a group of passionate citizens who allowed residents to vote on this referendum based on facts.”

CLASS stands for Community Looking After Student Success. Community members Jamie Schounard and Sandi Blackwell co-chaired the committee as it reached out with information to the community.

“The Hamilton School District provides one of the best educational values in the state of Wisconsin,” Schounard said. “I am proud of our community for supporting excellence in education and our kids.”

“Among Wisconsin school districts, Hamilton is in the top one percent in achievement and lowest five percent in spending.” Mielke said. “I believe the community recognized that the district has proven to be a responsible steward of taxpayers’ investment in our schools.”

School officials will work with architects to develop blueprints and put the projects out to bid. Groundbreaking is expected this spring with completion projected in fall of 2019.