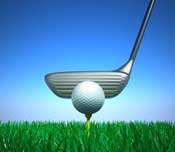 GCAW member coaches nominated student golfers who have a cumulative grade point average of at least 3.25, participate in at least 75 percent of their team’s varsity matches and are at least a sophomore in high school.

“These girls are student-athletes who serve as a great example to others, proving that academic and athletic successes are not mutually exclusive,” wrote Academic All-State Committee Chairman Bob Sullivan.

“The Hamilton students were among 323 girls from 93 high schools honored this year for maintaining high academic standards in the classroom while competing in varsity golf,” wrote Sullivan. “In fact, the average cumulative GPA of this year’s honorees is an exceptional 3.79.”

The GCAW was formed by high school golf coaches in 1986 to help build Wisconsin’s reputation for developing quality junior players by promoting golf in our schools and communities. Besides honoring both boys and girls who succeed as student athletes, the association also selects an annual All-State team for boys and girls based on their playing ability.