Among Waukesha County’s10 K-12 school districts, Hamilton was the top performer in mathematics, science and English language arts. It was the third highest for social studies.

“These outstanding results reflect the values of our community for excellence and the hard work of students and staff,” said Hamilton Superintendent Paul Mielke, Ph.D. “Student achievement results do not happen overnight. They are the cumulative effects of sound decisions to increase the rigor of our curriculum and enhance instructional strategies.”

Mielke pointed to initiatives across the district that emphasize literacy skills, high quality instruction and targeted, systematic interventions for students who need them. The district is focused on ensuring the needs of all students are being met, he said.

The Forward Exam, administered for the first time in the spring of 2016, tested about 370,000 Wisconsin students in English language arts and mathematics in grades three to eight; science in grades four and eight; and social studies in grades four, eight and 10. 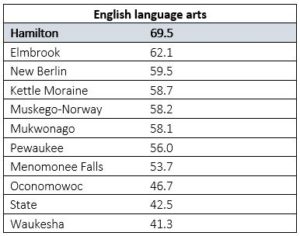 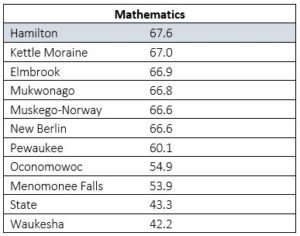 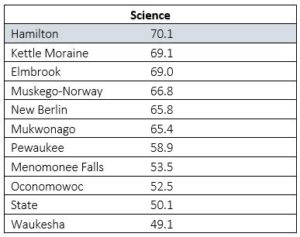 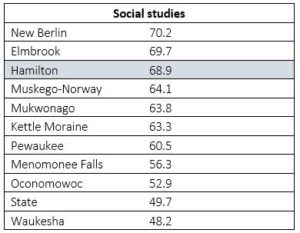