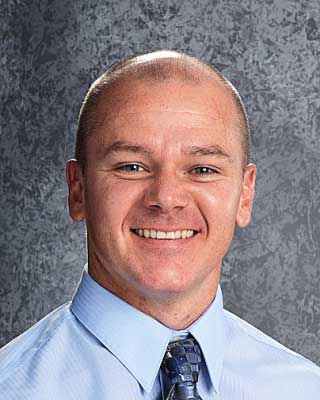 The Hamilton School Board unanimously approved Brad Hoffmann as the new Templeton Middle School principal. He replaces Paul Mielke, Ph.D., who was chosen as the district’s superintendent on July 1 following the retirement of Kathleen Cooke, Ph.D.

Hoffmann has been the Templeton associate principal since 2005. Before then he was assistant principal and athletic director at Palmyra Eagle High School. His previous experience was at Scott Highlands Middle School in Apple Valley, Minn., where he was the administrative associate, teacher and athletic director for three years and a physical education and health teacher for four years.

“Mr. Hoffmann is an experienced, approachable administrator who has a sincere appreciation for middle school students and the unique needs of adolescent learners,” Hamilton Superintendent Kathleen Cooke said. ““He has helped build a positive and respectful learning environment at Templeton which has served the students, families and staff well. I believe his leadership will support continued high academic achievement and meaningful parent engagement which has been a hallmark of Templeton’s culture.”