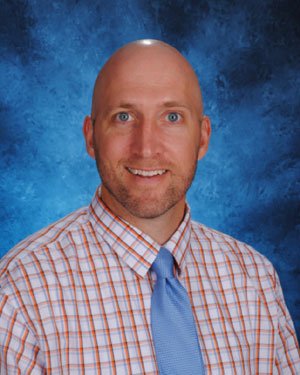 The Hamilton School Board unanimously selected Paul Mielke, Ph.D., as the district’s new superintendent. Mielke will replace Kathleen Cooke, Ph.D., who announced her retirement in December.

Mielke, who is principal of Templeton Middle School, will begin as superintendent effective July 1. Before joining the Hamilton School District, he worked in three other school districts. His positions have been:

Mielke received his bachelor’s degree from the University of Wisconsin – Oshkosh in 1999 and his master’s degree and doctorate in educational leadership from Cardinal Stritch University in 2005 and 2012, respectively.

In preparation for selecting a new superintendent, the district conducted surveys and focus groups with staff, parents, community members and business representative to identify the qualities desired in the new superintendent. After the School Board narrowed the field of candidates to three finalists, groups representing employees and the community provided feedback through observation sheets which were provided to School Board members before they made their selection.

“We were fortunate to have a strong field of qualified candidates, and from this group, Dr. Mielke was the unanimous choice of the School Board,” School Board President Gabe Kolesari said. “Community members and employees provided valuable input on the characteristics they desired in our next superintendent, and Dr. Mielke reflects the superintendent profile that was developed.”

“Dr. Mielke is a skilled leader whose focus is on creating excellent educational opportunities for students,” Kolesari said. “We heard loud and clear from our community and employees that they wanted a superintendent who puts kids first.”