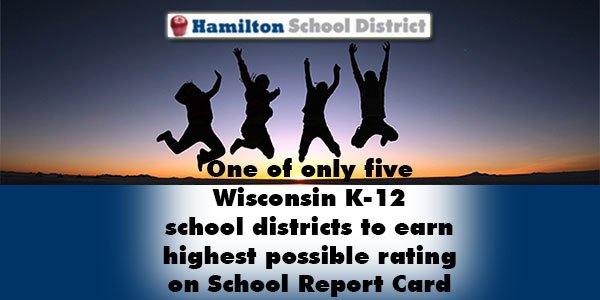 Wisconsin School Report Card data were released Sept. 16, and the Hamilton School District’s performance once again was among the highest in the state. Hamilton was one of only five K-12 school districts in the state that earned the top “significantly exceeds expectations” rating in the third annual School Report Card released by the Wisconsin Department of Public Instruction. Read more