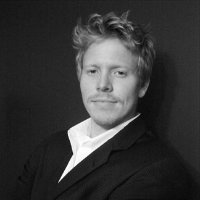 Graduate Dustin Feider was chosen to receive the 2013 Hamilton High School Distinguished Alumnus Award that will be presented at the school’s June 15 graduation ceremonies. A 2001 graduate, Feider is a San Francisco designer and builder known for building treehouses that inspire people to consider how to co-exist with nature.

After high school, Feider continued his education at the Minneapolis College of Art and Design (MCAD) where he earned a degree in furniture design. He soon set to work building a geodesic structure 50 feet high in a poplar tree in Pewaukee. Using skills learned at MCAD and Hamilton, Feider successfully built a business, O2 Treehouse, that creates beautiful, functional and sustainable works of art in trees.

Feider’s treehouse designs have received national and international recognition, appearing in more than 40 international design publications and television shows, most notably Popular Mechanics, Dwell and Wired Magazine. Most recently, he was featured in Milwaukee’s May edition of M Magazine and on Animal Planets “Ultimate Treehouses.” He has built 23 treehouses, several of which hang in the backyards of famous celebrity clientele.

His work has also been exhibited at the Los Angeles County Museum of Art, Coachella Music Festival, Electric Daisy Carnival and in Space Craft at the Walker Art Center in Minneapolis.