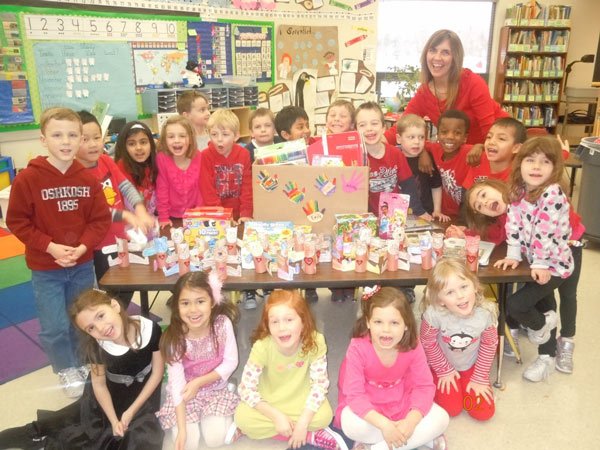 Marcy Elementary School students in the classes of kindergarten teacher Kathleen Mueller and second grade teacher Amanda Lindstedt recently made heartfelt contributions to Children’s Hospital of Wisconsin. The students and their families collected art supplies for the children who are patients and visitors at the hospital.

“Thousands of children pass through the doors at Children’s Hospital – some very ill, some with a fever and some who are accompanying their sick sibling,” Mueller explained. “While children try to keep busy during some very long waiting times, or out of boredom while in the hospital, art supplies comes in handy.”

The two classes donated boxes full of supplies that will be enjoyed by many children. In addition to the donations, Mueller’s kindergarteners made little bears that will be placed on window sills in children’s rooms, and Lindstedt’s second graders made bookmarks.

The students learned an important lesson about giving. One kindergartner said, “I hope this makes them smile. It makes me smile!” 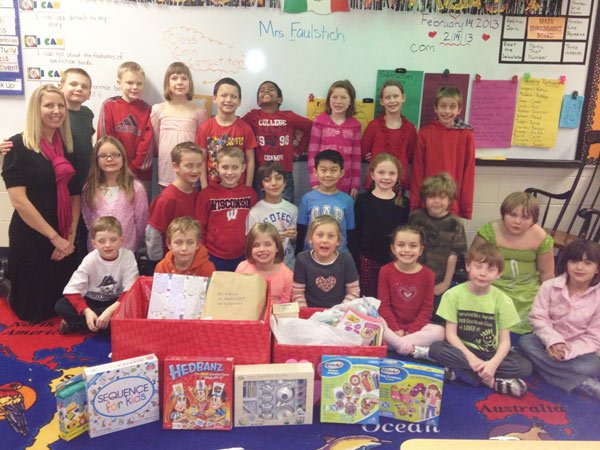