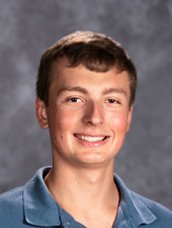 Hamilton High School junior Michael Scott did what few students have done – he earned a perfect score of 36 on the ACT college-entrance exam. Scott learned in a letter from ACT Chief Executive Officer Jon Whitmore about his accomplishment.

“Your achievement on the ACT is significant and rare,” Whitmore wrote. “On average, less than one-tenth of one percent of all test takers earn the top score.”

Among U.S. high school graduates from the class of 2012, only 781 of the more than 1.66 million students earned a composite score of 36. The ACT consists of tests in English, mathematics, reading and science. Each test is scored on a scale of 1-36, and a student’s composite score is the average of the four test scores.

“Academics has been top priority for Michael Scott in high school,” Mongan said. “He is a student who takes pride in his achievements, never tires of learning, and challenges those around him.”

“In addition to his academic success, Michael is a talented musician who contributes his talents in areas beyond the classroom,” Mongan said. “He should be very proud of his accomplishments.”

ACT test scores are accepted by all major U.S. colleges, and exceptional scores of 36 provide colleges with evidence of student readiness for the academic rigors that lie ahead.

“While test scores are just one of the many criteria that most colleges consider when making admission decisions, your exceptional ACT composite score should prove helpful as you pursue your education and career goals,” Whitmore wrote.