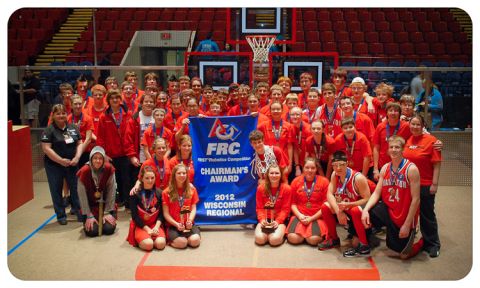 Hamilton High School’s Charger Robotics Team 537 earned the regional Chairman’s Award for its impact on team members, community and other teams in the FIRST (For Inspiration and Recognition of Science and Technology) Robotics Competition. The Wisconsin Regional was held at U.S. Cellular Arena in Milwaukee and featured teams from seven states and two countries.

The prestigious Chairman’s Award is presented to the team that best represents FIRST’s goal of inspiring children and young adults about science and technology by making it fun. Charger Robotics earned the award by serving as a role model for other teams. Winning the award qualified Team 537 to advance April 25-28 to the 2012 FIRST Championship in St. Louis.