For many, a highlight of the trip was the visit to Arlington National Cemetery in Virginia.  While there, Templeton students witnessed the changing of the guard at the Tomb of the Unknown Soldier.  Following the guard-changing, Templeton students Stephanie Hopkins, John Myatt IV, Rohan Washikar and Emma Zalog had the honor and privilege of participating in the wreath-laying ceremony.  The wreath was placed at the Tomb of the Unknown Soldier out of respect and honor for the many men and women who contributed to the freedom and democracy of the United States. 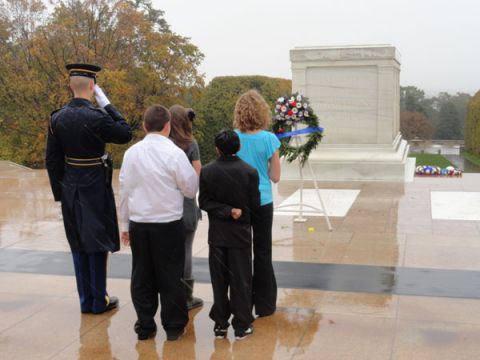