Screening of the film with opportunity for questions and comments following

From the makers of the award-winning documentary “SCREENAGERS” comes “Screenagers NEXT CHAPTER.”

Filmmaker and physician Delaney Ruston, M.D., takes the conversation around screens and teens to the next level with “Screenagers NEXT CHAPTER: Uncovering Skills for Stress Resilience” — a film that examines the science behind teen’s emotional challenges, the interplay of social media, and most importantly, what can be done in our schools and homes to help them build crucial skills to navigate stress, anxiety and depression in our digital age.

“SCREENAGERS: Growing up in the Digital Age” —Ruston’s award – winning 2016 film — was the first feature documentary to explore the impact of screen technology on kids and offer parents and families proven solutions. In “Screenagers NEXT CHAPTER,” we follow Delaney as she finds herself at a loss on how to help her own teens as they struggle with their emotional well-being. She sets out to understand these challenges in our current screen-filled society, and how we, as parents and educators, can empower teens to overcome mental health challenges and build emotional agility, communication savvy and stress resilience. 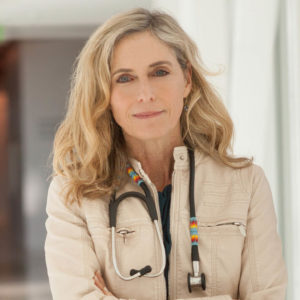 Delaney Ruston is a filmmaker, Stanford-trained physician and mother of two. Before directing “Screenagers” and “Screenagers NEXT CHAPTER,” she made several award-winning films through her company, MyDoc Productions, including a documentary about her father, “Unlisted: A Story of Schizophrenia and Hidden Pictures: A Personal Journey into Global Mental Health .”

Both films aired on PBS and were the focus of national campaigns to raise awareness about mental health, including with the World Health Organization. Delaney has been invited to screen her films and be a guest presenter to hundreds of audiences worldwide, from school-age children to The United Nations, Google, Facebook, Harvard and TEDX.