The fundraising efforts of Hamilton High School senior Mikayla Cup resulted in $35,138.84 for the Leukemia & Lymphoma Society (LLS). Cup spearheaded a 7-week campaign that was supported by Hamilton’s Student Council, National Honor Society, Club Action and Club Unique. Students sold cookies, brownies, flowers and locker decorations and sponsored a “Put Cancer to Bed” pajama day to raise about $5,000 for the cause. Most of the contributions for Cup’s campaign came from direct cash and online donations. 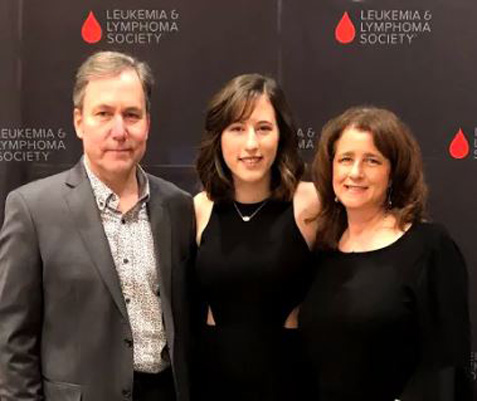 The campaign supported LLS’s mission to find a cure for blood cancers and assist patients and families as battle the disease. Leukemia is the most common cancer in children, adolescents and young adults under the age of 20 years old.

In addition to raising money, Cup said her goal during the campaign was to generate awareness about blood cancers and bring the community together in support of LSS.

Hamilton High School invites local businesses and organizations who will have part-time, summer or flexible employment opportunities suited for students to attend its Summer Job Expo. The event will be held in the high school gym April 18 over the student lunch hours. 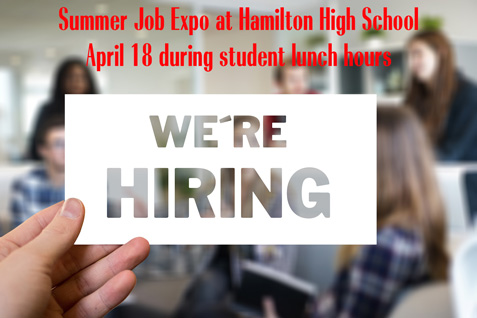 Those interested in participating in the Summer Job Expo should complete the event’s RSVP form (also at https://tinyurl.com/HHSJobExpo) by April 8.

Employers will be able to set up in the gym starting at 10:30 a.m. A table and two folding chairs will be provided for each employer. Please consider having application materials on hand for students, as well as other ways for students to actively engage with your business. Lunch periods are only a half-hour, so students will have to move quickly through the job expo. 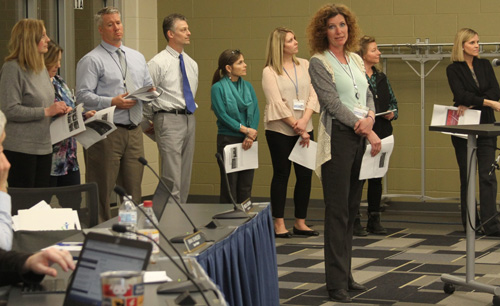 Nine Maple Avenue Elementary School staff members presented on the effective use of Power Groups to help improve literacy achievement at their school. The literacy intervention groups meet regularly to help Tier 2 and 3 student progress. Principal Kristin Koeper-Hamblin noted that student achievement has increased on the state report card from an Exceeds Expectations rating of 77.4 in 2012-13 to Significantly Exceeds Expectations ratings of 86.9-89.9 in the last three years. She attributed part of the school’s success to the use of the Power Group model.

Members of the Templeton Middle School First Lego League (FLL) Robotics teams were honored for their outstanding season. Head advisor Kathy Better introduced members of each team. The Radioactive Pyros and Bullistic Bulldogs were among 36 teams statewide that competed Feb. 23 in the Wisconsin FLL Championship. 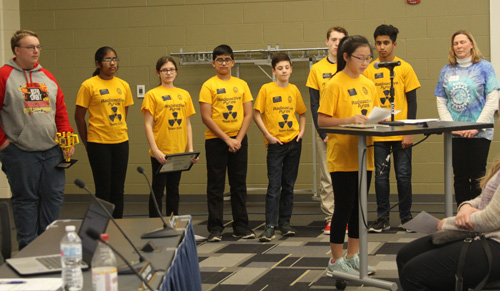 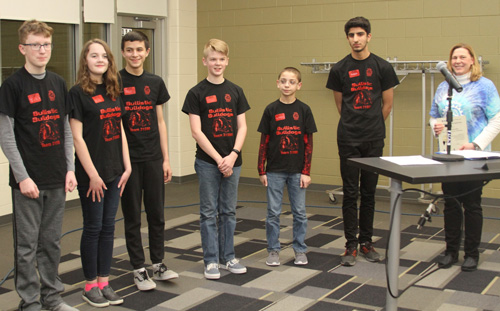 At sectionals, Bullistic Bulldogs won the Project Research Award and was nominated for the Project Innovative Solution Award.

The district will continue to participate in AdvancEd/North Central Association accreditation at a cost between $750 to $1,000. The accreditation process aligns with district site planning and responds to the public’s demand for greater accountability for schools, including an increased focus on student learning methods and professional development. Hamilton has been NCA accredited since 1966.

Services for 2019-20 will be contracted as needs arise.

Charger Robotics Team 537 came away with success March 9 at the FIRST (For Inspiration and Recognition of Science and Technology) Robotics Miami Valley Regional Competition in Ohio.

For the seventh time in its 19-year history, the Hamilton team earned the regional Chairman’s Award, the most prestigious award in FIRST Robotics competition. No other Wisconsin team has been so highly awarded. The Chairman’s Award was created to recognize teams that have quality robot performances, demonstrate the greatest commitment to spreading passion about science and technology, give generously to their communities and encourage student interest in artistic, business, engineering and technical fields. Team members submit an essay, a three-minute video and give a presentation in front of a panel of judges. Seniors Abigail Dowse and Josie Jauquet and sophomore Maddie Tharp presented on behalf of the team.

The team will compete March 28-30 in the Wisconsin Regional Competition at UW-Milwaukee Panther Arena. A total of 55 Hamilton students and 29 mentors are involved in Charger Robotics which is supported by platinum team sponsors Rexnord Corporation, Rockwell Automation and Hamilton School District. The team is advised by Dave Woods with co-advisor Morgan Swartzendruber. For additional information please visit https://www.firstinspires.org/robotics/frc or http://team537.org/

Hamilton High School students involved with Club Unique will host a multicultural fair from 5:30-8 p.m. April 4 at the school. The free event is designed to educate and promote the diversity of the school and community. Tables with games, crafts and food will represent countries from around the world.

In addition, ethnic groups will be represented through performances and detailed eye-catching displays.

Students and families are invited to attend and are welcome to share information about their own cultures. Hamilton High School is located at W220 N6151 Town Line Rd., Sussex. 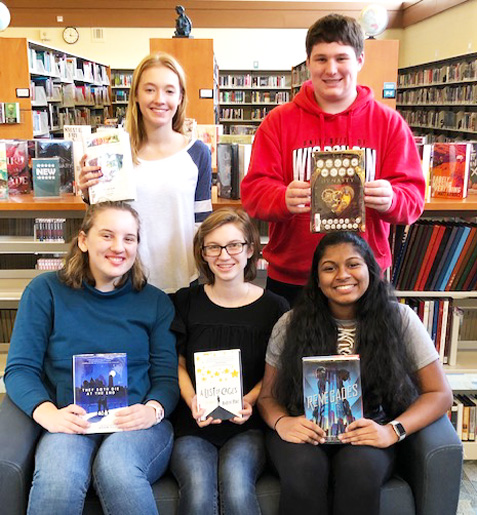 The senior reading list includes 20 books that students read deeply to retain information about plot, character, theme, setting and other elements. The teams will receive a plaque and students will receive individual certificates.

Battle of the Books is a fun, academic-based statewide competition designed to promote a love of reading among students. It encourages students to read a variety of books and remember information about the plots, characters and settings. Every question asked in a battle is answered by the title and author of the book.

Participants will be placed into age groups. In addition to dance lessons and vocal practice at the workshop, all participants will receive one voucher for a free child’s ticket to see “Mary Poppins” May 3-5 in the Hamilton Fine Arts Center. The workshop is limited to 50 participants.

Completed registration form and payment are due by April 1. Cost is $30 and a check should be made payable to HHS Drama Club to Hamilton High School, Attn. Drama Club, W220N6151 Town Line Rd., Sussex, WI 53089.

All participants should wear clothes they can move in and shoes safe for dancing.

Gold Key art work will advance to national competition. The Wisconsin Scholastic Art Awards program, which features outstanding works by students in grades 7–12, is the regional section of the Scholastic Art and Writing Awards National Program conducted by the Alliance for Young Artists and Writers, Inc. 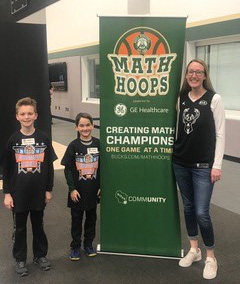 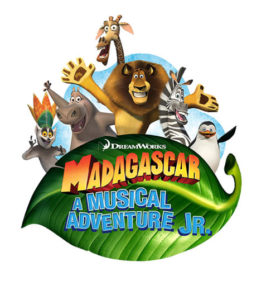 Based on the smash DreamWorks animated movie, the musical follows all of your favorite “crack-a-lackin” friends as they escape from their home in New York’s Central Park Zoo and find themselves on an unexpected journey to the madcap world of King Julien’s Madagascar.

General seating tickets are available online at www.hamiltonfineartscenter.com, by phone at (800) 838-3600 or at the door one hour prior to the show. Tickets are $7 plus a $1.24 service fee for online and phone orders. Online tickets cannot be purchased the day of the show, and phone sales end one week before the show. If still available, tickets at the door will be $9.

Children under 5 and senior citizens with Golden Agers passes may attend for free, but they must have complimentary tickets for admission to the performance.